Is Traditional CPM Really That Effective for TKA? 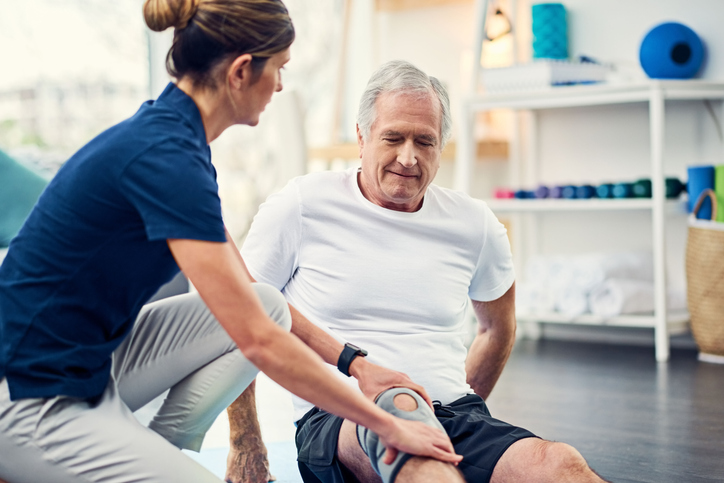 A simple question: is CPM really that effective for TKA?

PTs and OTs tend to take it on good faith that referring physicians and surgeons utilize evidence-based practice in their clinical decision-making. When it comes to prescribing CPM—still a routine practice of many orthopedic surgeons­ today—there appear to be some important distinctions to make in regard to “standard practice.”

Exploring what the current evidence says about CPM

Perhaps the most telling piece of evidence is a 2013 systematic review from Cochrane Collaboration, an international not-for-profit organization that produces some of the highest quality reviews of the literature available.

As Ben Goldacre writes in his enlightening book, Bad Science, Cochrane’s long respected history of meta-analysis “has revealed that ‘best practices’ were sometimes murderously flawed, and simply by sifting methodologically through preexisting data, it has saved more lives than you could possibly imagine.”3

Of course, using CPM isn’t a life-or-death matter. But traditional CPM devices are sometimes unpleasant for patients. This discomfort may threaten a patient’s trust and satisfaction with their rehabilitation program, which could decrease overall engagement and compliance.

Anecdotally, many therapists and patients also find concern with traditional, home-use CPM devices.  By design, they keep the patient only passively involved and lying in bed. During the precious post-surgical time period, the patient could be up exercising and mobilizing for better recovery.

In their review, the Cochrane authors determined that “CPM does not have clinically important effects on active knee flexion [range of motion], pain, function or quality of life to justify its routine use.”1  This conclusion comes from the data of 24 randomized controlled trials including 1,445 total study subjects.

Among the data, they found that:

In other words, while some studies suggest modest benefit from CPM, the benefits are not consistent, and they are not statistically significant. At least, the benefits of CPM are not compelling enough to render it as the most effective or reliable rehabilitation technique for TKA.

The authors did find that CPM may reduce the risk of manipulation under anesthesia or adverse events, but the evidence supporting these claims is low.

If not conventional CPM, then what?

There are important caveats to point out. First, the Cochrane reviewers explicitly stated that the review only looked at traditional CPM, and no CPM technology or equipment.

This exclusion suggests that any studies using more modernized CPM devices—such as those offering resistance or target force modes that are used in clinical settings—were not eligible for inclusion.

This is unfortunate, because it’s reasonable to hypothesize that that CPM devices with optional resistance settings could enhance patient engagement. They could provide objective data to assist the therapist in setting goals and clinical decision-making, return-to-work or return-to-sport.

For example, the PrimusRS is an advanced dynamometer device that offers variable resistance as well as passive-assist modes. These have helped reduce pain and increase joint flexibility as part of a clinical treatment plan.

Second, it’s not readily apparent whether any of the studies included in the Cochrane review utilized modernized CPM devices that provide visual feedback for the user. Such feedback would allow patients to see their progress in real time (or as compiled into later progress reports). This feedback would engage the patient in their treatment process, which means better outcomes for their recovery and the clinic.

Based on this information, the clinical bottom is that traditional, home-use CPM doesn’t appear to offer any unique benefits to TKA patients. However, newer iterations of CPM devices, which may include visual feedback, greater design and comfort, and the ability to provide isokinetic or isotonic resistance, may warrant further clinical investigation.

It is not clinically indicated, based on the evidence, to include traditional CPM in knee replacement rehab protocols. On this matter, the debate appears closed. The next question for surgeons and providers is to figure out which elements of standard TKA protocols are clinically relevant, meaningful, and supported by research.

Surprisingly, even this may not be as clear-cut as commonly believed. Recently, a meta-analysis published in the January 2019 volume of BMC Musculoskeletal Disorders determined that only a “paucity” of studies examine exercise programs following TKA procedures.5,6 This deficit in the literature makes it “challenging for clinicians to deliver high-quality evidence-based exercise programs.”

“There is a need,” the authors conclude, “for further studies of high-quality design into supervised exercise therapy programs to provide greater functional outcomes and patient-reported satisfaction following TKA surgery, particularly in the early post-operative period.”

In the meantime, clinicians should do their best to utilize interventions that reduce pain and swelling, maximize range of motion, and improve strength and function for their TKA patients. Such interventions include modified quadriceps sets and drop-and-dangle flexion, flexion splinting, and passive flexion ranging.

You can even complement these interventions with other modalities, like electrical stimulation and cold laser therapy. Always use an individualized approach with each patient.

Beyond the Basics: Eccentrics’ Versatility in Rehab